So what is this citizen, and why do we find ourselves compelled to speak of citizenship at a time of informalized labor migration, growing diminution of legal protections in the face of aggressive state securitization, and the marketization of rights, when the bundle of rights, responsibilities, entitlements, and protections associated with the status of citizen appear to be in question?

I want today to inaugurate a week of postings of the figure of the citizen.  Before proceeding, I want to acknowledge the smart and fearless assistanceship of Jasleen Kaur Singh, new to this blog. I will be delivering a lecture this week at Wayne State University as part of their terrific formation rethinking questions of citizenship, so in effect these posts are preparation for that conversation.

Today I will begin by engaging a piece by Anant Maringanti from EPW [the Economic and Political Weekly of India]. Jasleen, in discussing this piece with me, noted that its points are similar to those I have been working toward across these posts: that both civil and expert discourse on Aadhaar/Universal ID tends toward either inflationary claims and hype or preemptive denunciation; that “considered opinion,” as Maringanti frames it, is lacking; that at stake is a reformation of citizenship. Maringanti goes further, though, and the piece is worth attending to closely.

Of course, as soon as a number of persons begin to attend to something by claiming that no one is attending to it, a sort of contradiction or at least in Foucault’s terms a “speaker’s benefit” is being produced. So I need to be cautious in positioning myself as a heroic figure between denunciation and hype. One could argue that this is the expected position for the social scientist clothed in Weberian asceticism. Let us rather note that Maringanti and I may be part of an alternate form of emerging clamor, one that in claiming the middle ground may not be attending to other, non-scholarly mediations of these conditions of investment and alarm.

Or perhaps I may wish to leave Maringanti out of my auto-critique: it is a very thoughtful piece.

He outlines his approach as follows:

1) identify the broad contours of the state-citizenship debate specifically in India but also more generally in the global circuits of knowledge;

(2) establish the disruptions and the continuities in the state-citizenship relationship signalled by the UIDAI; and

(3) suggest the key features of the emerging terrain of politics implied by the UIDAI.

First, therefore, a mapping of “the state-citizenship debate”: of note is its quire recent emergence, at least within the archives of the EPW:  “it was not until the National Democratic Alliance attempted to introduce the Uniform Civil Code in the late 1990s that the “citizen” as both a substantive and formal category begin to appear in the archives of Economic & Political Weekly. Increasingly concerned about the nature of the expanding “civil society”, and the dilemmas of secularism, historians and sociologists first began to debate “citizenship” in the EPW during 1998-99.”

For this blog, therefore, we may need to turn to the moment toward which Maringanti directs our attention, and to how and why, in India and perhaps elsewhere, the figure of the citizen always calls attention to the figure of “secularism.”

His brief characterization of the debate suggests the emergence of a new attention to “difference” within the universalizing presumptions of secular liberalism: “the debate was marked by sharp differences and tensions that are all too familiar now: the value of post-Enlightenment modernity and universal ideals on the one hand, and the opportunities that are presented by postmodernist perspectives that valorise difference.”

To slightly reframe my last comment: we may need to ask how and why the citizen emerges in relation to a figure of postmodernity. But this question may only interest an old postmodernist like myself.

Maringanti then turns to a 1999 article by the sociologist André Beteille challenging social scientists writing about India for their failure to explore the question of citizenship (apparently oblivious of the 1998-99 flurry of writing to which Maringanti calls attention): Maringanti suggests the challenge was not fair, as “citizenship was a received category in India from western liberal democracies, and in a context where liberal democracy obtained more in form than in substance, political theorists did not really find it to be the most productive avenue for critical intervention.”

Where it was productive (thus the flurry) was in response to the centrality of Hindutva (the so-called Hindu Right) repositioning of the character of the citizen-subject and its form of belonging. Maringanti suggests that the recapture of national-level governance by an alliance led by the Congress Party under Sonia Gandhi, and the persistence of the latter in power for much of the past decade, once again allows the pointed concern with citizenship to recede.

But if Maringanti is correct, the anodyne quality of Congress leadership, its apparent ability to defuse a conversation on the (religiously marked) citizen, is worth thinking with.

In this regard, the shift in the imaginary of Universal ID from Security to the promotion of de-duplicated and efficient Flexibility is worth attending to. One could argue, in attending to the critiques I have discussed of the state’s apparent refusal (in its creating a new register of the biometrically authenticated mobile resident-citizen) to address the presumptive incursion of the Bangaleshi migrant, that an earlier 1990s dualism organizing national politics as a contest between secular promise and religious self-respect is replaced by a dualism of flexibility versus security. This seems far too simple (not the least as Congress rule has been characterized by a plethora of duplicate-based scams), and would require close attention to recent political speech at many levels of scale, but for the moment I will keep it in play.

In the next posting I will continue with Anant Maringanti’s article.

[The blog disappeared for a month as its author and editor was caught up in other tasks. Nonetheless, it was useful in shaping a talk I gave to a gracious and patient audience–given how new the material is–at Emory University. Some of the questions raised at that talk will organize the next several posts and their inquiries, once I finish edits on a final paper over the next few days.]

At stake in high level ministerial contests over Aadhaar [the new national identity card] and the Universal ID Authority of India [UIDAI] creating its administration is not only control of a single national database of population but a contest over different, contending databases of the nation.

Here is a brief article from January 2012 found on a website and web “magazine” named Asian Women. The site masthead shows a line of female forms in paper-cut silhouette–young, fashion-plated, leggy, promising their irresistible relation to the commodity form–and the article is direct political reportage. I have corrected confusing spelling errors.

Some context: Months of reports of struggles over UIDAI at the Cabinet level, particularly by the powerful Home Minister P. Chidambaram. A recent “truce.”

(1) MASTER DATABASE:The results of what is astonishingly framed as a treaty (between ministries, not nation-states, after all) is a “Master Database” to be controlled ultimately by the Home [Interior] Ministry, not UIDAI (or its apparent supporters in Finance).

The material of this database are “biometric” data.

What is at stake here is pretty incredible. UIDAI and Aadhaar, as this blog has been at pains to think through, comprise a promissary entity offering nothing less than the end of corruption and thus the end of poverty through the presumption that corruption is caused by the duplication of persons within the form of a database. Such corruption works through the misdirection or capture of rights and entitlements toward ‘duplicate’ [false, made-up] populations and persons. Such rights and entitlements, offered as a sovereign gift by the development state and its successor forms , become a gift given instead to all the false “duplicate” persons that the powerful [corruption from above] and the pauperized informal sector [corruption from below] presumptively produce through the creation of duplicate identities in the databases of the nation. UID promises a radically deduplicated nation-as-database by combining new technical database design and the political will of a neo-liberalized corporate efficiency model.

But if UID itself as this article suggests is but one of two “duplicate” projects projected as a Master Database, the very locus of deduplication is itself always already duplicated.

One of the two projects is UID. UID at some sites depends on the other project, the census, in its current form the NPR [National Population Registry, also based on biometrics], controlled by the Home Ministry.

We have already seen how “communal” debates in Assam are organized around the threat that a “residency” based database [the census] will be used to create a “citizenship” based database [UID, which is to regulate the rights and entitlements of citizens], of concern in a situation where media conditions of what I have elsewhere termed ethical publicity renders the illegal migrant a site of affective intensity as a threat diverting the sovereign gift by the state to its proper citizenry. In other words, concerns over illegal migration want to keep the database of Residency [needed for Security] and the database of Citizenship [needed for the just distribution of state goods] separate.

But the Home Ministry, given its formulation of Security concerns, wants to unite these under a Master Database. And, despite the concerns of many at the center and on the [Hindu] right, this formulation of security seems to collapse citizenship [UID] into security [census].

Let’s take a step back. All this has some presumptions we might want to specify. Here is a start.

(i) The population is a database

(ii) Government is government of a database

(iii) Two contenting visions of data government are at stake in this struggle between UIDAI and the Home Minister. The home ministry’s concern is Security. The master database enables the State to have exclusive knowledge of the population as a database: the State creates the knowledge, possesses the knowledge, uses the knowledge, and secures the knowledge. The UID Director’s concern is efficient distribution of rights and entitlements through the De-Duplication of identity: this involves Universality [everyone must be covered], Comparability and Open Access to databases [enabling registrant agencies to compare biometric and biographical data with all known databases to de-duplicate false persons].

In this “treaty,” Security apparently trumps Universality and De-Duplication. But the details are not clear, at least here.

(2) COLLABORATIVE GOVERNANCE?: The treaty presumes sharing is possible. It divides the national geobody into 2 zones, of high UID coverage-to-date, and low coverage. In high coverage zones, UID is to be the source of biometric authority comprising the Master Database for those regions [but controlled, now, by the Home Ministry and its National Population Registry [NPR] census].In low coverage zones, NPR will remain the source of authoritative biometric data.

A classic high coverage zone has become the “developed” southern state of Andhra Pradesh [but see also the claim of Tripura, in the Northeast]. A classic low coverage zone is India’s most populous and politically central state, Uttar Pradesh. The latter is identified through multiple media as the locus classicus of “corruption.” Holding onto the idea that corruption is a matter of de-duplication, what we have in the new biometric sharing treaty is a sharing of low-duplication data with high-duplication data. This duality is worth thinking with.

(3) BIOMETRICS AS THE NEW DATA, AND THE BIOMETRIC TREATY FORM: The treaty is literally over competing biometrics. That of UID has become well known: newspapers and TV for several years have been saturated by images of people having their biometric data taken. The NPR’s commitment to biometrics is perhaps more obscure: this blog needs to understand it. 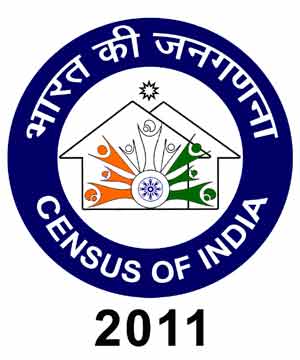